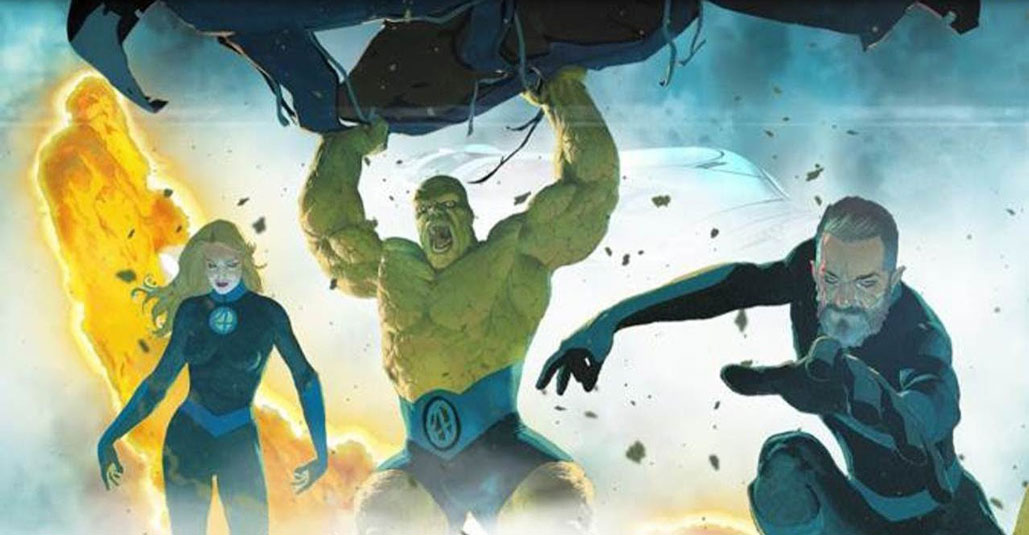 According to Marvel, the Fantastic Four have visited 275 unique places and 179 of them at least 5 times. They’ve traveled to over 100 different dimensions. They’ve cemented ties with T’challa and family, visiting Wakanda over 400 times. The Daily Bugle, Vibranium and the Ultimate Nullifier all found their genesis within the pages of Fantastic Four. While Spiderman had Manhattan, and Daredevil had Hell’s Kitchen, there was nowhere that the Fantastic Four couldn’t or wouldn’t go.

And now, with August’s release of Fantastic Four #1 (2018), Dan Slott enters the fray. Slott, currently scripting a new Iron Man series, is probably best known for his long-running work on The Amazing Spiderman. He’s a franchise builder, turning his Spiderman comics run into a ‘Spiderverse,’ much like Jonathan Hickman did before him with Fantastic Four and Avengers.

These are exciting times, made more exciting by the void that has been left in our lives by four failed movies, and the cancellation of the Fantastic Four comic in 2015. In case you’ve forgotten them, or simply had your memory of them sullied by horrible representation, here are four reasons to love the Fantastic Four:


Reed ‘Mr Fantastic’ Richards: Hope. Hope is the new creation of the mind and is something we talk about very little in a post-modern world of relativism and dystopian narratives. This makes Reed’s potential for hope both endearing and inspiring. He believes he can solve everything and, in one dimension of the multiverse, he does! Whether it’s healing Ben of the ‘rock-like’ condition he’s in or saving the universe from the World Eater (or a rampaging Hulk) nothing is beyond what Reed Richards believes possible. But this hope doesn’t exist in isolation because hope is ignorance when it’s isolated from reality. Reed feels deeply, carrying the weight of the world both literally and figuratively, but he never lets go of hope.

They always manage to keep the human in super-humans and in so doing, remind us to embrace the things that make us all fantastic: hope, compassion, courage and perseverance.

Sue ‘Invisible Woman’ Richards: Compassion. In a “come to Jesus” moment, I’ll admit that I think Sue Richards is special and, if I’m honest, I might have a little crush, but not for the reasons you may think. Sue is incredibly compassionate towards her family, their survival, and harmony. She’s the glue of the “Fantastic Family”: wife of Reed, sister of Johnny, best friend to Ben and mother of Franklin and Valeria. She doesn’t make a name for herself or try to be the hero. She’s a super-powered, transparent badass who loves her family. And when you have two super-powered kids with genius level intellect and a husband who is trying to solve everything, some pretty remarkable parenting is required.

Johnny ‘The Human Torch’ Storm: Courage. Johnny is hot-headed, thrill-seeking and self-obsessed. He is also so full of wonder and optimism that, one day, he might just combust from it. Whether traveling the multiverse or riding a subway from one side of Manhattan to another, Johnny optimizes the wide-eyed wonder of adolescence and adulthood with his powers. Seeing the world this way requires a certain amount courage, especially in giving it all up for those you love. In Jonathan Hickman’s run of Fantastic Four we really see Johnny come into his own, not simply as a brother and uncle, but as a hero who’d sacrifice all for his family. 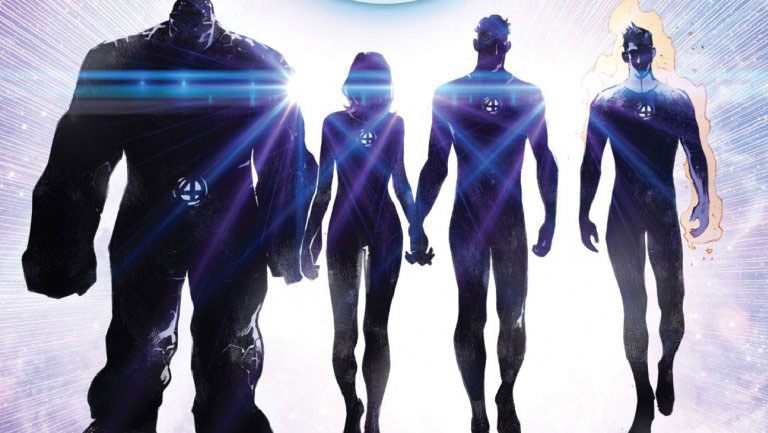 Ben ‘The Thing’ Grimm: Perseverance. In #605 of writer Jonathan Hickman’s run, we travel forward in time with Reed, Nathan (Reed’s father) and Franklin, who is now an adult (Timey-wimey-wibbly-wobbly-stuff). A beard of stone slides down deep from Ben’s chin. It is the year 6012 and Ben Grimm, long after his family is gone, has met his end. Ben didn’t have to go on, remaining as stoic stone, but he does. Ben Grimm remains who and what he is because it is what his family needs and, many times, what the world needs. Much to his chagrin, he hasn’t had a cheeseburger in 1,500 years, but he has raised a continental ton of new heroes and seen the world through it’s darkest days and into a glorious future.

The Fantastic Four remind us to be the very best of ourselves. They always manage to keep the “human” in “super-human” and in so doing, remind us to embrace the things that make us all fantastic: hope, compassion, courage and perseverance.

“We travelled to the stars and flew through a storm of cosmic energy…we became something more than human, but we were still the same people. We still are.” – Reed Richards – Marvel Knights: 4, (2004) #3

Tim Cleary
Tim Cleary has worked as a creative for more than a decade, applying his unique talents to a wide array of fields, from ministry to game design to consulting. As a youth leader and international public speaker, Tim is as comfortable on a stage before thousands as he is around a board table or a camp fire. Youth ministry in Auckland, New Zealand, is where Tim first found his feet. As a fan of great fiction and as a creative writer himself, he worked at the intersection of faith and imagination, retelling the stories of scripture for a generation hungry for a more dynamic way of engaging with the world and with issues of spirituality. Inspired by C.S. Lewis and Tolkien, and swept up in the worlds of fantasy and scifi by the likes of George Lucas, Tim began to develop his own stories.

Tim was the creative mind behind The Aetherlight, an online game that retells the story of the Bible to pre-teens in a fantasy, steampunk world governed by a wicked emperor, an army of automaton hordes, and a corrosive, insidious fog. The Aetherlight has taken Tim to the US, where he fronts the campaign to introduce new players to the game, via public events, conventions, TV and radio spots, print media and blogs. All the while, Tim continues to develop new fictional worlds for future release.

In a nutshell, Tim is a worldbuilder, crafting new worlds that others can enjoy in gaming and fiction, but also helping churches, businesses, creatives and individuals, reimagine their own worlds in new, exciting and dynamic ways.