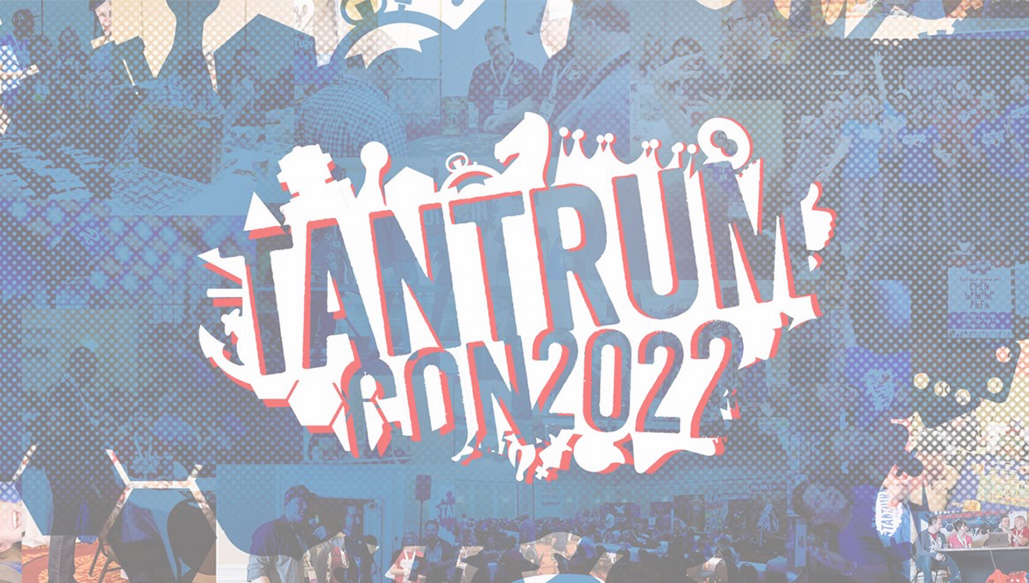 This year I had the pleasure of going to TantrumCon for my very first time. If you are unfamiliar with TantrumCon, it is a convention put on by Tantrum House: a group of lifelong friends who love board games and produce tabletop content on multiple platforms based out of Greenville, SC. TantrumCon was an incredible weekend full of open gaming, contests, and competitions with showcases, giveaways, and even trivia games with table flipping. Here are a few reasons why LTN will be returning in 2023.

First of all, the size of this convention was just right for both first-time goers and seasoned tabletop nerds. One of the major reasons I made the trek out to Charlotte, NC, was to meet up with some fellow LTN community members and catch up while playing games and nerding out. It was their first tabletop convention, and I couldn’t imagine a better first con experience for them. It wasn’t overwhelmingly big with thousands of people, but it wasn’t so small that people were hanging out with the same groups day after day. It had plenty of booths with games for sale and demos running, a huge game library with many games to choose from, and a play-to-win table with an amazing selection of games to take home with victory! 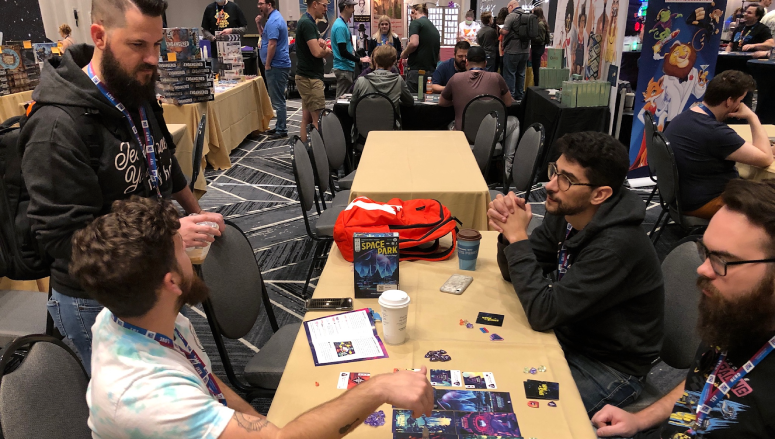 The second thing that stood out to me was the community. Tantrum House (TH) has something special when it comes to bringing together and fostering the tabletop community. From the TH crew themselves to the guests that came near and far, everyone was so welcoming and excited to be there. This was my first time interacting with the Tantrum House crew in person and they did not disappoint. Their high energy never dipped, and their hard work paid off in what seemed like a flawless event. The community was always open to have other players at their tables, always eager to answer questions and share their favorite games.

Last but not least was a Tantrum House exclusive! The Tournameals! These special events were available for signup prior to the convention and consisted of a meal (usually lunch or dinner), a game demo, and door prizes. I personally signed up to learn and play Rolling Realms from Stonemaier Games and Scrap Racer from Queen Games. Both games were thoroughly enjoyable, especially with the group I got to sit down and play with. At the end of the meal, a Tantrum House member would typically call out a predetermined player color from each table, who would then be awarded with the game in addition to a few raffle prizes. Overall, Tournameals was a unique aspect of the convention with the food, games, and giveaways all in one. I never want to eat a meal at a convention any other way! 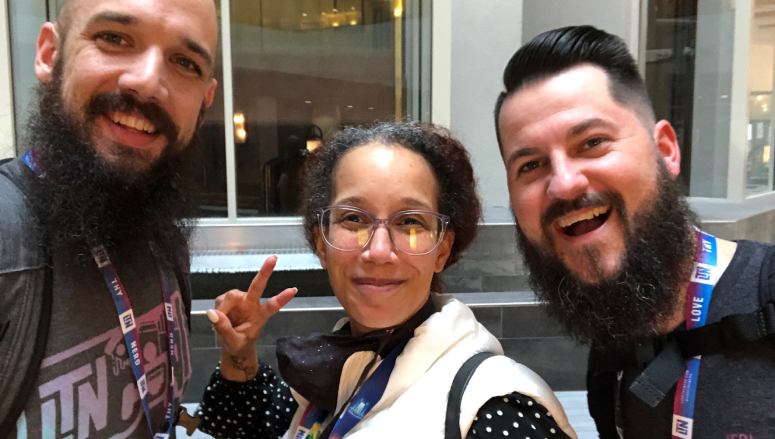 There were many more reasons to love TantrumCon from the relationships that were formed and the memories made, but these few are what stuck out to me the most and the reasons Love Thy Nerd will be returning to TantrumCon in 2023. I hope to see you there next year!

For more information about TantrumHouse’s future conventions, including their podcast and KickStarter projects, check out their website by clicking here! 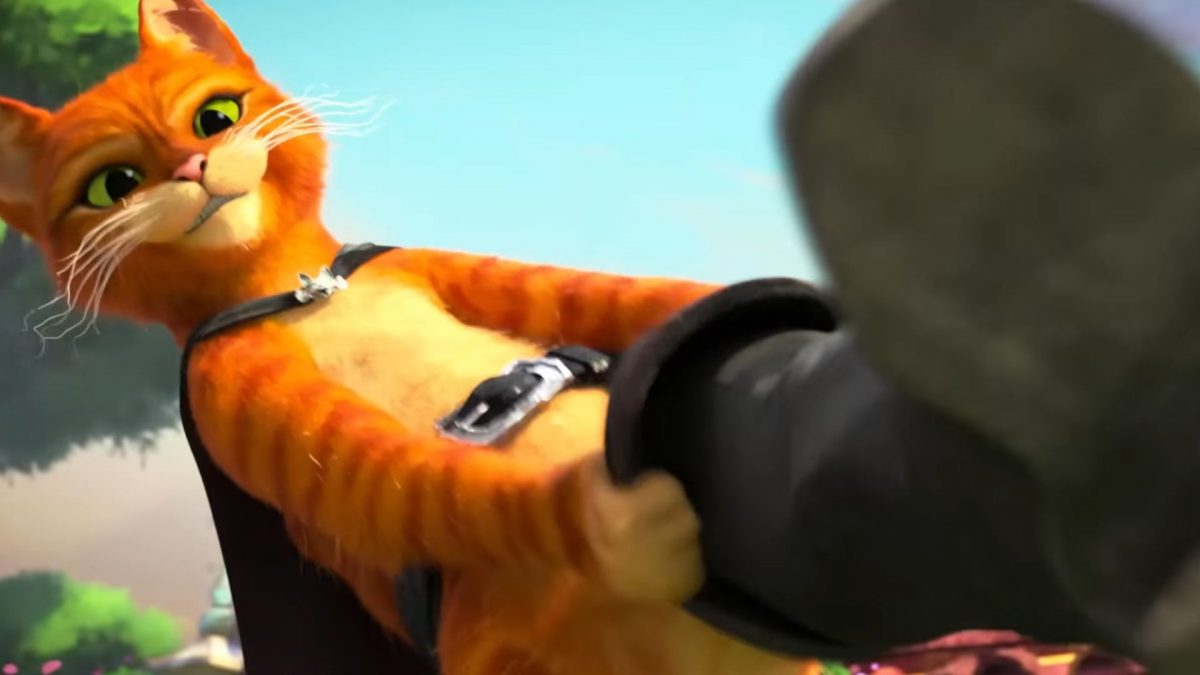 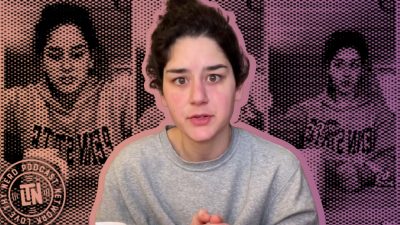 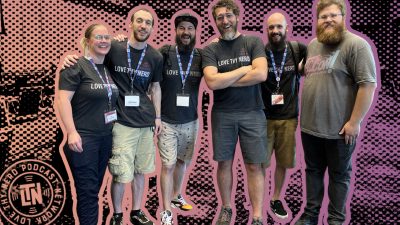 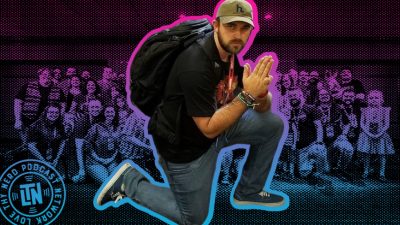 Free Play
Podcasts
In this lost episode from the earlier days of the Free Play Podcast, Bubba, Matt & Kate welcome Justin Bowers to discuss games perfect for family gatherings - ones that you can play easily right out of the box. 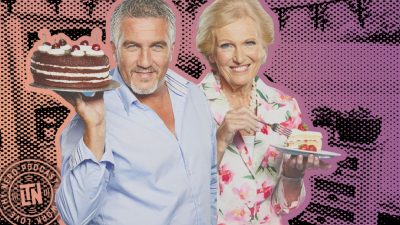