My family and I enjoy the evolving LTN Nerdy Quarantine Resource Mega List, but as a cinephile, I noticed that the list was lacking in film recommendations. So I set out to fix that. Popular movies can be fun, but the beautiful thing about popular culture is that gems are often hidden in the less popular.  Some of the films in the list below are free, and the rest are all available on various well-known subscription streaming services. Did I miss any? Suggest more films in the comments!

(Note: all films are listed with their MPAA ratings, but we encourage you to do your own research to decide if these films are right for your family. Some films may contain things such as violence, smoking, frightening scenes, references to sex, and swearing. Common Sense Media is a great resource for family-focused film reviews, ratings, and advice.) 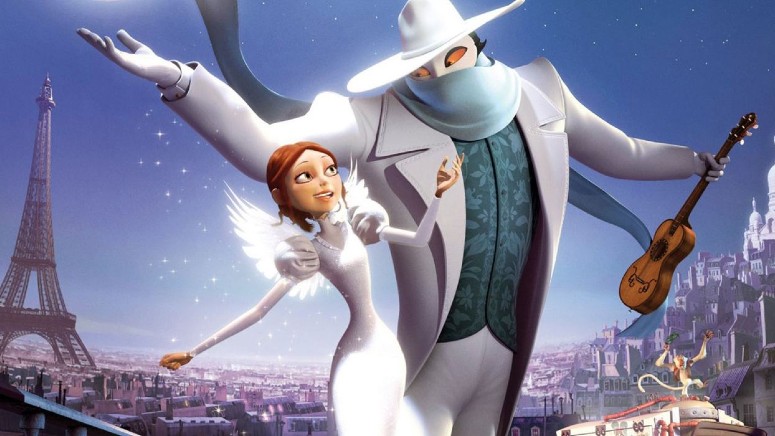 1. A Monster in Paris

(2011 – France, 2012 – U.S., PG) [IMDb TV] – In this story of a lab accident creating a “monster,” the odd and imaginative tale teaches lessons on looking at what’s inside. Aptly from France, this 3D animation takes themes from The Phantom of the Opera, and includes several pop culture and biblical references. 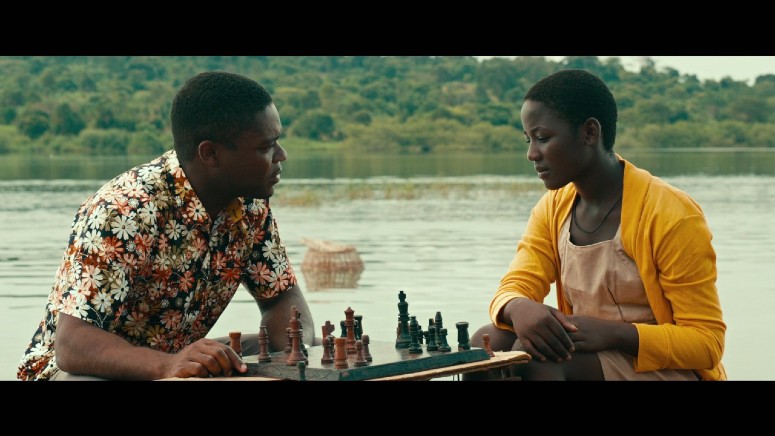 (2016, PG) [Disney+] – Based on the true story of Phiona, a poverty-stricken girl from Uganda, and her journey in the riveting game of . . . chess. Lupita Nyong’o is enthralling as the girl’s mother and David Oyelowo portrays quiet strength as a teacher at a missionary school. Great for discussions around prayer and faith, but have tissues handy. 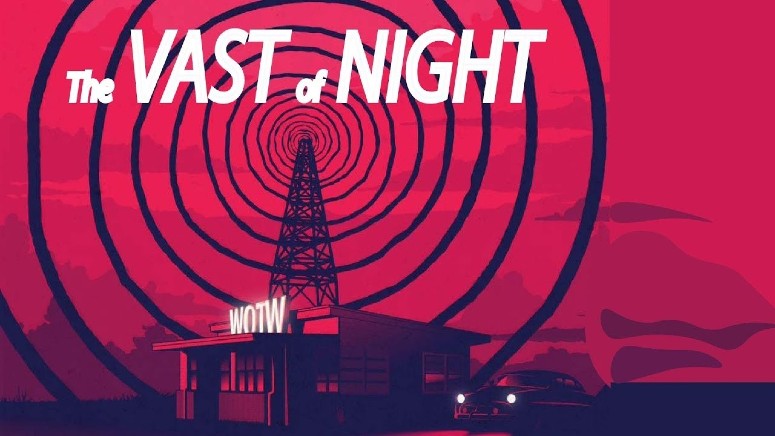 3. The Vast of Night

(2020, PG-13) [Prime] – Set in 1958, the plot follows two young southwesterners as they broadcast a possible alien visit in real time. With beautiful cinematography and one continuous shot lasting nine minutes and forty seconds, this may be the most artistic movie I’ve seen this year. Although slower paced overall, the first thirteen minutes felt like everything was at breakneck speed. If you want to acclimate your children to the Alfred Hitchcocks and Wes Andersons of quality cinema, this Amazon Original is a perfect gateway. 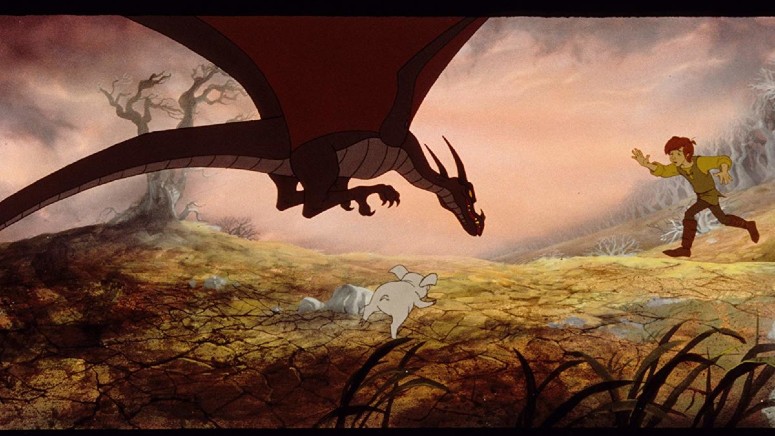 (1985, PG) [Disney+] – Although they shared theaters on original release, Back to the Future is more “Disney” than The Black Cauldron! As Disney’s first animated film to earn a PG rating (which was actually edited from a PG-13) it is far darker and grittier than their musical princess stories that preceded it, though it probably won’t alarm our jaded, cauldron-born progenies of 2020. 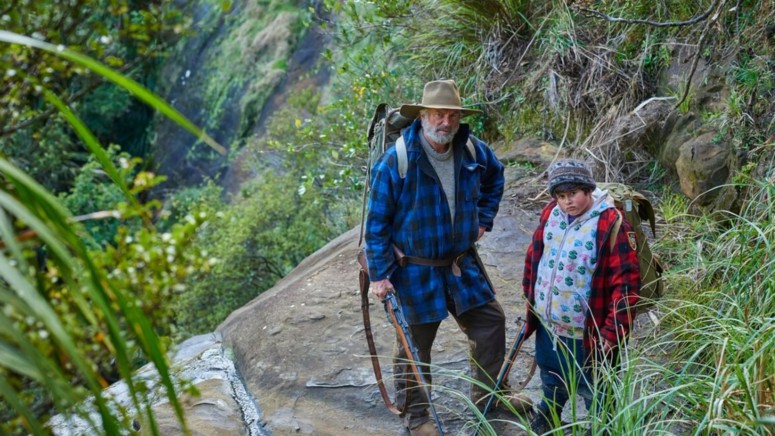 5. Hunt for the Wilderpeople

(2016, PG-13) [Hulu] – I watched this simply because Taika Waititi adapted (from the book Wild Pork and Watercress) and directed it. Although the story of a Maori boy’s unlikely fostering by a cranky New Zealander (Sam Neill) earns its PG-13 rating, I was pleased that my kids (10 and 13) loved it.

(Editor’s note: TRIGGER WARNINGS. This film is excellent with strong messages of teamwork, forgiveness, and acceptance, but it also includes more mature content, including swearing, violent scenes involving animal attacks and hunting, death, guns, and false allegations/stories of molestation by a foster parent. Parents may want to watch this on their own before viewing it with children. For more information, visit the parent reviews on commonsensemedia.org.) 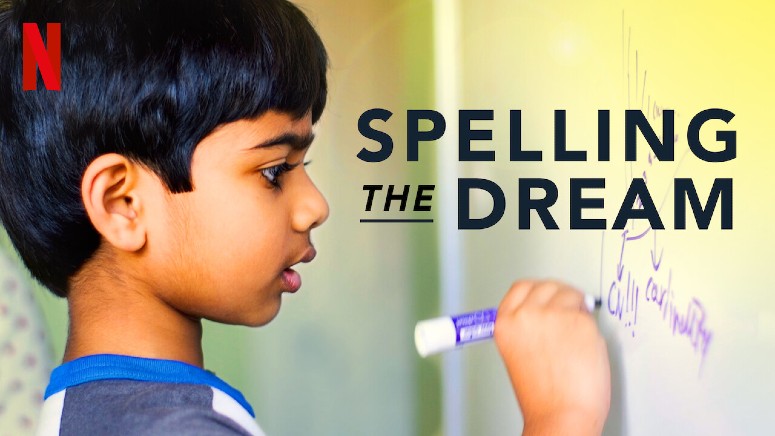 (2020, TV-G) [Netflix] – Initially I wondered if this would rehash the film Spellbound, but instead this documentary becomes the next evolutionary step, building on the 2002 documentary’s roots. Spelling the Dream details the 12-year trend of Indian-Americans winning the Scripps National Spelling Bee. The inspirational film (afterwards, my daughter spelled the hardest words she knew in chalk on the sidewalk) also briefly but deftly deals with racism. 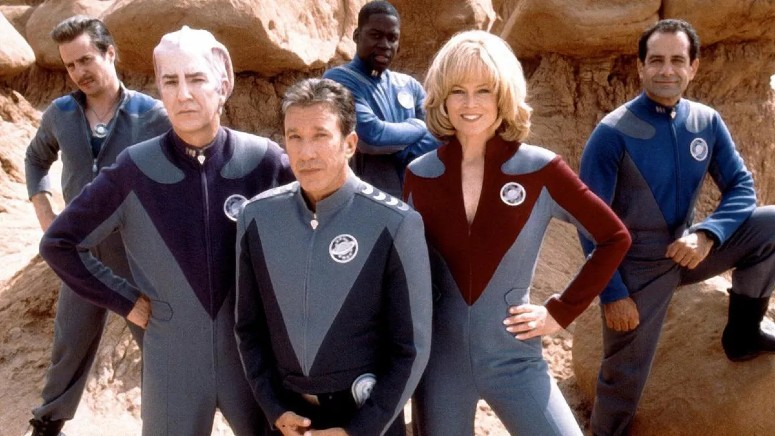 (1999, PG) [Prime] – Washed-up actors from a Star Trek-esque TV show are taken by aliens to resolve a real intergalactic conflict. Even the critics at Rotten Tomatoes say that the film still holds up after 20 years, due in part to the right things in sci-fi fandom culture being taken seriously, and also its great special effects (ILM!). Finally, it’s a spot-on depiction of the weirdness of nerd conventions, and lest you think shade is being thrown, I’m there with a crown on (yes, it’s both cosplay and functional—you’re looking at the king of the nerds). 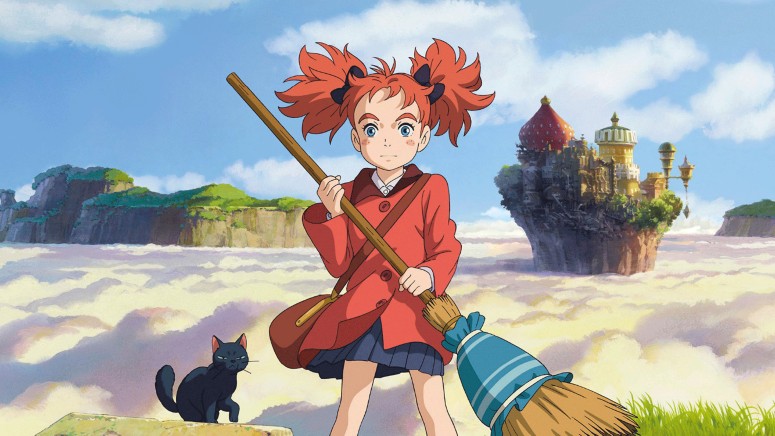 8. Mary and the Witch’s Flower

(2018, PG) [Netflix] – The story of an adventurous girl who learns that magic can be good or evil depending on the morals of the one wielding it. Although Common Sense Media rates this at age 8+, some parents may want to preview the movie for “scary” aspects. And while I was pleased to discuss my daughter’s question about how people can be deceptive, my 13-year-old son’s big takeaway—that he’d better be prepared and responsible with fireballs in his next D&D campaign—made me concerned for the remainder of his teenage years. 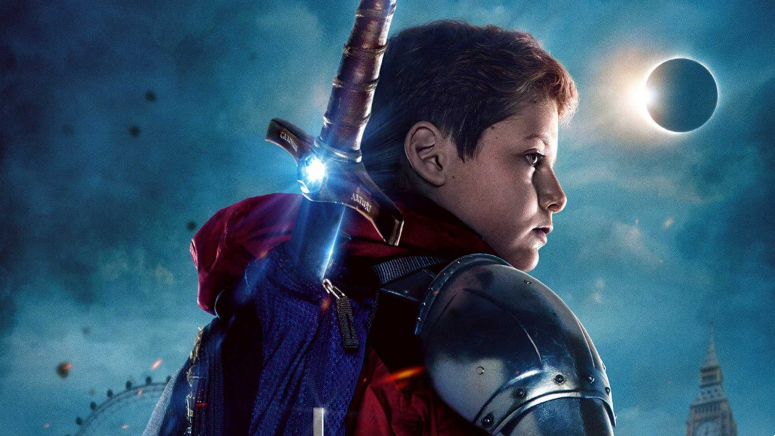 9. The Kid Who Would be King

(2019, PG) [HBO Max] – A boy with ties to King Arthur learns what it means to be a chivalrous man in a modern adventure of good versus evil. Young Louis Ashbourne Serkis, son of famed character actor Andy Serkis, gives an impressive turn. And thou shouldest looketh forward to whom plays Merlin! DoorDash a Round Table pizza to complete the experience. 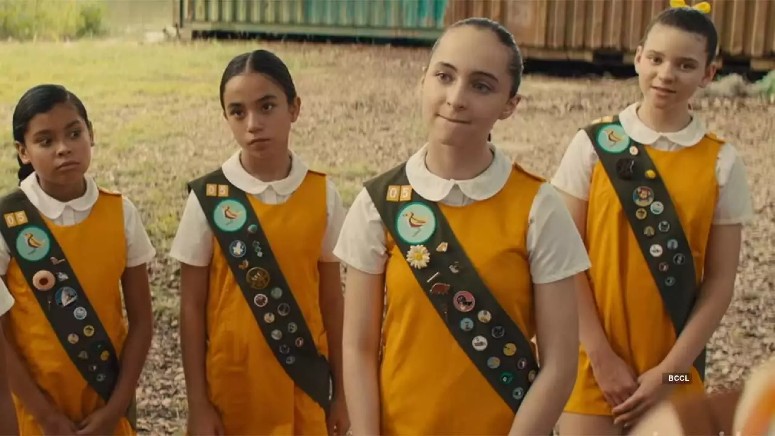 (2020, PG) [Prime] – A girl believes her deceased mother is among the stars and forms a Girl Scout troop to win a contest for her voice to be broadcast on the historic Golden Record in space. Viola Davis leads the hilarious group of misguided misfits, while Allison Janney tries to stop them. The story somehow celebrates the innocence of childhood while gently opening the door for conversations around racism and gender equality. Balanced with endearing humor, Mckenna Grace and Jim Gaffigan round out the top billed cast. 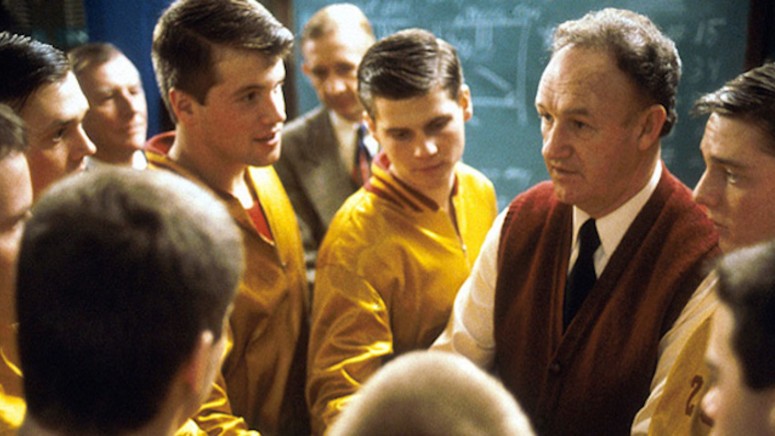 (1986, PG) [YouTube] – Inspired by the true story of a 1954 Indiana high school basketball team and the redemption of two men (one an alcoholic). Gene Hackman’s coach character has a rule that the players can’t shoot until they’ve passed four times. This teamwork model motivated a discussion in my house from 1 Corinthians 12 around the equal importance of each member in the Body of Christ. Even if the sports aren’t your thing, watch this double Oscar nominee to give your kids a taste of movie pacing in the 80s, as well as a great story. 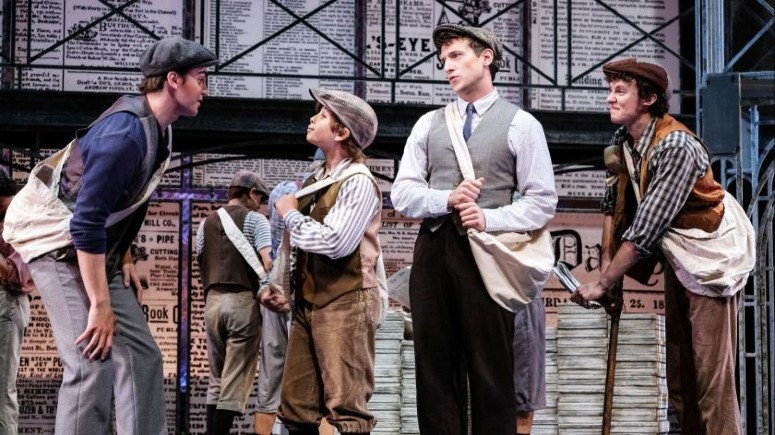 (1992) [Disney+] – If you’re not comfortable with Hamilton’s (2020) language or mature content for family viewing, consider watching Newsies. I’m not much of a musical fan but I loved it as a kid, and when my kids watched it they loved it, too. There’s just something about an underdog story, catchy songs, and a powerful cast that is timeless. (Bonus: Watch Disney’s Newsies: The Broadway Musical! (2017) on Disney+). 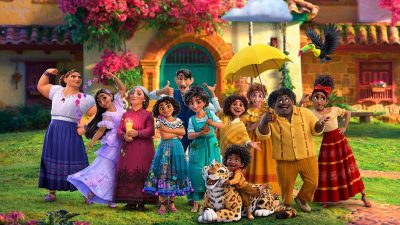 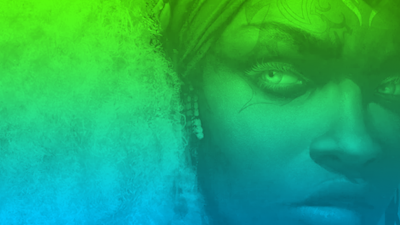 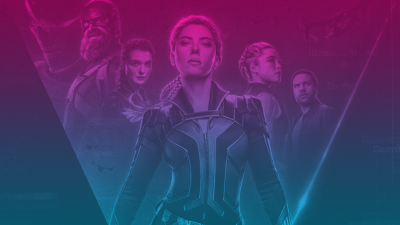 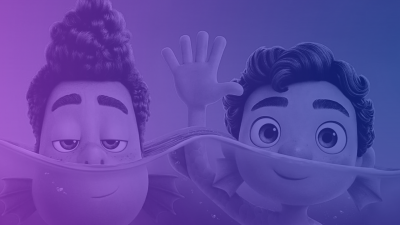